More from the Firstline Blog

Previously I designed and built software for one of the oldest and largest photographic archives in the world. The source material included 150 years worth of records in the form of handwritten and typed ledgers, along with seemingly infinite paper record cards. The photographic outputs themselves ranged from large format glass plate negatives from the 1850s, through albumen, platinum, bromide, and countless other print formats. The evolution of an art form, in whole, across a century and a half.

Our challenge was to take that extraordinary spread of antiquity and design sophisticated modern software that would bring efficient order to 150 years of archival chaos. In hindsight, the parallels with designing an information architecture for modern medical knowledge are strong.

A fundamental challenge facing anyone building medical software of any scale is the infinite sweep of exceptions to every rule. Humans are complex systems, and the ailments that afflict them are many and evolving. "Clinical guidance" derives its name chiefly from an acceptance that there are few clinical rules to be followed without question.

If there is something software developers love, it's rules. Neatly ordered arrays of sequenced data objects, all behaving exactly as intended, every single time.

So how do software developers approach challenges with the complexity and nuance inherent in medicine? There are a couple of paths commonly taken.

Many systems attempt to define systemic rules for each variation. For example, some prescription surveillance systems consist of many rules defined by administrators to catch and remediate every inappropriate medicine order. Given the numerous factors that contribute to prescribing decisions, these systems can run to many thousands of rules. This can become a whack-a-mole pattern, with huge administrative effort needed to maintain the rules themselves.

Another approach is abstraction. Specifications can be grouped into logical concepts, with common patterns designed that accommodate sufficient nuance within each group, but that shepherd them along a well ordered pathway. This is the path we take at Firstline.

What does this mean in practice? Drug interactions and Pharmacology are two distinct but frequently used pieces of information that are useful to prescribers. They contain entirely different information, but as containers they are near identical. As developers therefore we can discern that these can be treated identically with a vital caveat: we must maintain semantic knowledge of the contents.

In simple terms this means we must always know that the content within the Pharmacology container is, in fact, pharmacology information. That's simple enough - we can label the content and ensure that the label is never detached. 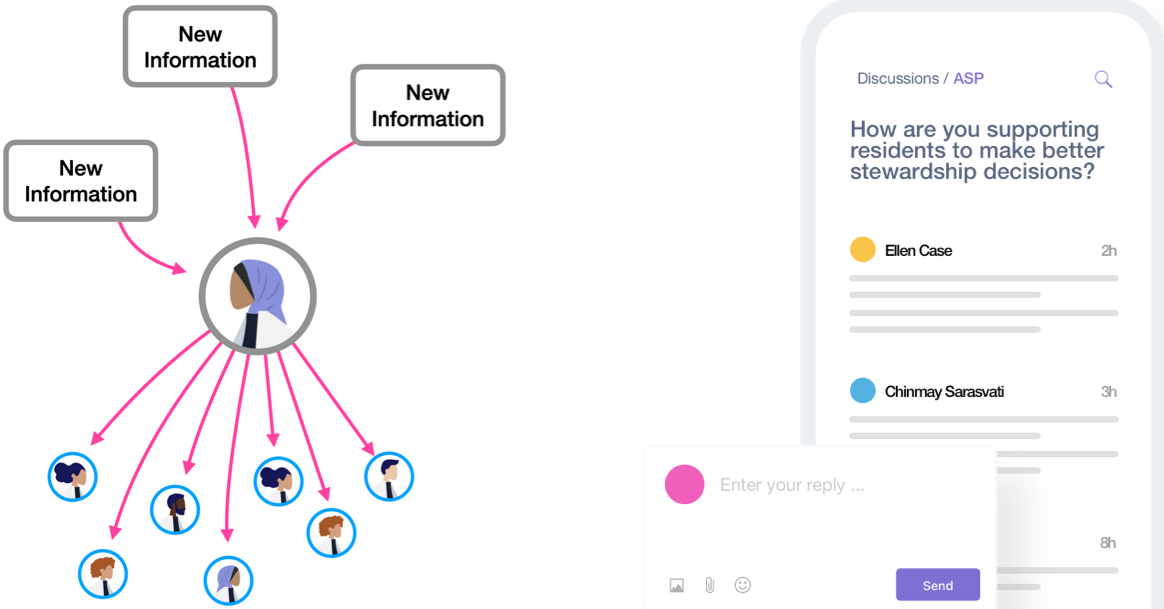 More challenging scenarios occur when coordinating information across disconnected organisations. An example of the scenarios Firstline sets out to enable:

A general hospital that treats all patient populations, should be able to lean on the expertise of an unrelated, luminary specialist pediatric hospital when treating children.

The exchange of information is complicated by terminology. The pediatric hospital might create dosing guidance for a given medicine labeled, Dosing. The general hospital might label that same guidance Pediatric Dosing, Pediatric, Children or Dosing 6mo-12y etc.

This is the stuff of software developers' nightmares. However, if we know the semantic nature of the information, then we can connect these apparently different things, information can quickly flow from the pediatric specialist to the general hospital. Creating and maintaining these semantic connections is a problem Firstline solves with a combination of human knowledge and elegant technology, using a patent-pending feature we call Content Subscriptions.

Led by Morgan Grubb, the team at Firstline have developed a system that allows Infectious Disease specialists to subscribe to salient pieces of information from other, disconnected healthcare organizations on the Firstline platform. Once subscribed, the future flow of updated information becomes automatic and immediate.

In our example scenario, the ID specialist is able to identify, at a chosen granularity, the drug monograph, or the dosing population, or even the dose that they would like to use within their own guidance. They can then adopt that guidance, or adapt it for any local factors. Most importantly, any updates made at the source in future will automatically propagate to all subscribers, while preserving local customizations. 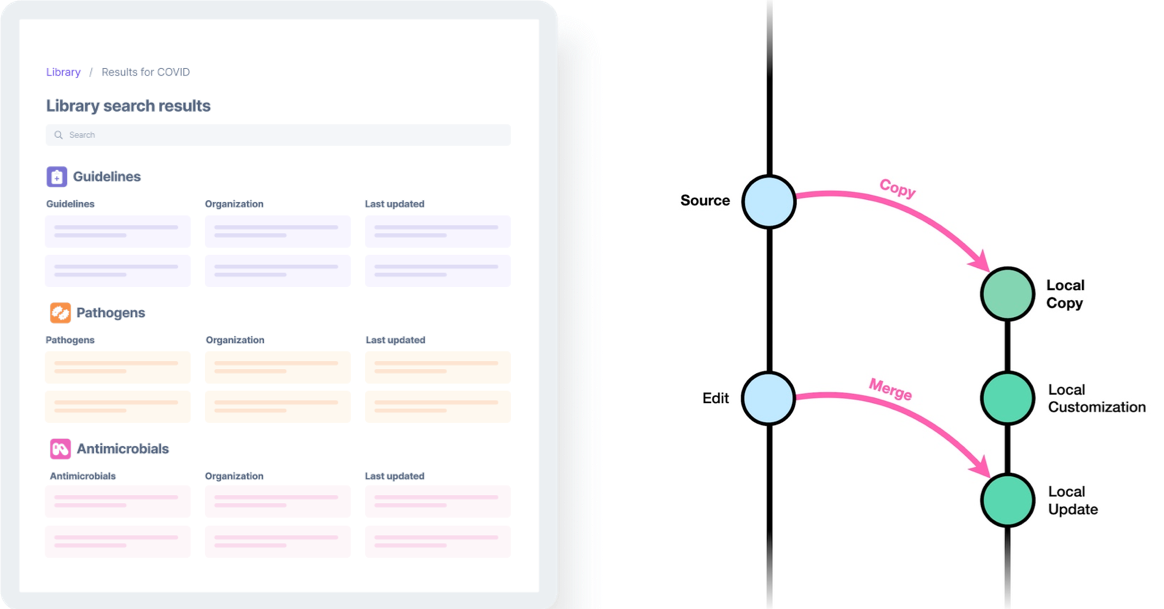 When working with more complicated sources of information, like web- and mobile-navigable clinical guidelines, the team had more sophisticated challenges to overcome. Following a piece of source information wherever it may be moved; retaining the information's ancestry no matter how many times it is replicated; preserving local navigation paths.

By treating information as abstract items that can be bound together, the team designed technology that creates persistent semantic connections between apparently unrelated pieces of information. The impacts for clinical knowledge could be enormous.

The immediacy of the flow of knowledge between hospitals through Content Subscriptions can radically accelerate the flow of knowledge and best-practices. This is primarily what it was designed to do. But healthcare is not a flat landscape - it has many tiers. From the World Health Organization, down through national health agencies, to regions and then the healthcare organizations working on the ground. Each of these tiers has a role to play in the creation, and most importantly, the localization of clinical guidance. The localization of global knowledge is perhaps especially significant in low-income countries.

So can Content Subscriptions work between the WHO, a national agency and a hospital? Yes, they most certainly can, but we'll share more on that in a few weeks time. Just occasionally, technology really does work like magic.